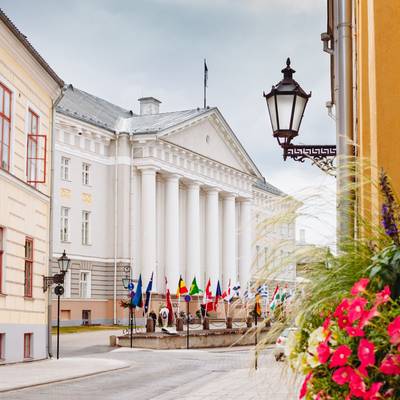 The Times Higher Education (THE), a British journal providing the most reliable university rankings in the world, has published the most recent ranking of the world’s best universities. For the first time, the University of Tartu has reached a position among the top 250.


This year’s edition of THE rankings is the largest and most diverse to date, covering 1,799 universities from 104 countries and regions around the world. The University of Tartu has been in THE rankings since 2011. Over the last two years, it held the position in the 251–300 band and has risen to the 201–250 bracket this year.

According to Rector Toomas Asser, the high position in the rankings affirms the excellence of the University of Tartu’s academic community and the relevance of the objectives we have set. The fact that the research and higher education of Estonia’s national university is on par with the world’s top universities is an excellent value for Estonia, said Asser. “Although it is becoming more and more expensive to do research and teach students in today’s challenging world, and the funding of higher education is far from good, we will continue to work hard to stay among the world’s best universities,” Asser said.