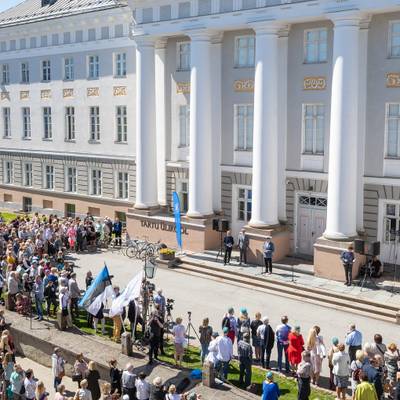 The University of Tartu (UT) has almost broken into the top 300 places in the latest Quacquarelli Symonds (QS) World University Rankings, its highest ranking to date.

The university has climbed 160 places in the rankings since 2014 and rose another 20 since last year, to 301st.

The remainder examine the faculty-student ratio (20 percent weighting), citations per faculty, also (20 percent) and measures intended to capture the institute’s internationalism, the proportion of those attending or working who are from other countries, weighted at 10 percent and split 50:50 between staff and students.

In the fresh rankings, UT has improved its ranking in four of the six indicators. The university’s reputation among academic staff has improved particularly significantly, with a rise of 47 places on this indicator alone. Tartu university’s reputation among employers has moved up 13 places. As for the ratio of international staff and students, the university rose 34 places by international students and 25 places by staff.